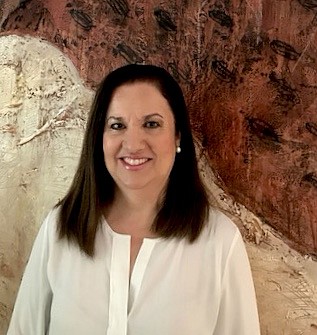 My new work is a compilation of mere observations of our world and what surrounds us on a daily basis.  Be it nature, architecture or images on a television screen, the human being encounters an enormous amount of visual imagery that makes up our world.  I have taken the imagery, borrowed lines, shapes, forms, and color, stripped them of their literal references and used these to create compositions.

Although the shapes are still at times rather recognizable or familiar they are kept abstract enough to spark a viewers imagination in reference to these elements, evoking thought and reflection, dependent on the viewers own point of view or associations.

Human figures, birds and boats are often placed amidst a series of unrelated images of structures, landscapes, and familiar objects as to jar the spectator’s imagination in relation to these forms.  Abstract concepts such as birth and renewal become as palpable as seeds and eggs.  Boats allude to journeys, silhouettes become cups or recipients, and nests become traveling vessels. By placing these forms, stripped of their literal references, within the same composition, the viewer is forced to use their own thought process to complete these renderings.

My work juxtaposes natural organic elements in nature with more rigid structural forms.  Tables, pots, and ladders are placed amidst trees, seeds and leaves. The work sets up a stark contrast between nature and constructed and man-made objects.  It draws inspiration from establishing the similarities and differences that exist between them.

My most recent work explores the idea of communication and lack thereof in a world where instant messaging has replaced dialogue.  I use birds that resemble messaging pigeons filled with letters that don’t spell anything, as though insinuating messages yet to be written. These birds often appear in conjunction with circles.  The circle is a universal symbol with numerous and extensive meanings.  It represents wholeness, the infinite, totality, the Self, eternity, and timelessness.  It implies cyclical movement and symbolizes the cycle of time and makes reference to the rhythm of the universe.

My work often speaks of the spiritual longing that I believe to be a universal and central part of human existence.

2008 “The Beauty of Paper”, The Americas Collection, Coral Gables, FL

“The Spirit of the Americas,” The Americas Collection, Coral Gables, FL

"The Best of the Americas," The Americas Collection, Coral Gables, FL

1994 "The Best of the Americas," The Americas Collection, Coral Gables, FL

“Barcas” and “Boat and Two Rectangles”, 48” x 96” and 48” x 48”, painted wood and clay construction, awarded by Florida Art in State Buildings Program, to be installed at Martin H. Levin Advocacy Center at University of Florida, Gainesville, Florida in July 2009.

"Miami's Pot," 50'  x 5' bridge with 20' x 8' cast concrete form with relief tile sections over Florida Avenue at the Mayfair in Coconut Grove, Florida. Completed in May 1997.

Artist in Residency Grant, Jun/92, from the Department of State, Division of Cultural Affairs in Florida.  In conjunction with Metro-Dade Art in Public Places, the grant enabled the artist to leave a large scale permanent artwork at Allapatah Middle School.

“At the Galleries, Women Explore the Eighties Show<” The Miami Herald, Thursday, May 28, 1987.  Elisa Turner.

“An Exhibition in which the Distinction between Art and Craft is Moot,” The Free Press, Saturday, December 5, 1987. p. 17, Adrienne Redd, Free Press writer.

TEW Galleries is one of Atlanta's Leading Contemporary Galleries since 1987